Message from our friends at Waterfront

Following the government’s announcement, we have had to close our venue with immediate effect. This closure will affect many of you coming to our events over the coming months, and we will be contacting you all directly (on a show by show basis) with more information around re-scheduling and exchanges. If you have an urgent query please contact adventurer@waterfrontsouthport.co.uk.

Times are tough, theatre, music, culture and art are the things that often get us through tough times as a community, so it has not been an easy decision to make. Still, the health and happiness of our patrons are paramount. So, while we are stuck in for a while, dust off those old instruments, break out the classic black and white films, start writing again, escape into literature and keep the arts alive in your homes.

We thank you for your patience and understanding in these difficult moments & look forward to having you back in your seat soon.

All of the team at Waterfront Southport

And a Message from Big Comedy UK

Obviously everything is on hold at the moment. We’re just concerned to make sure we all keep safe. We’re sorry that these shows are currently suspended, and we really don’t know when and how we will be able to restart. If you would like to follow us on Facebook we’ll do our best to let you know when things change, but for now, keep smiling. 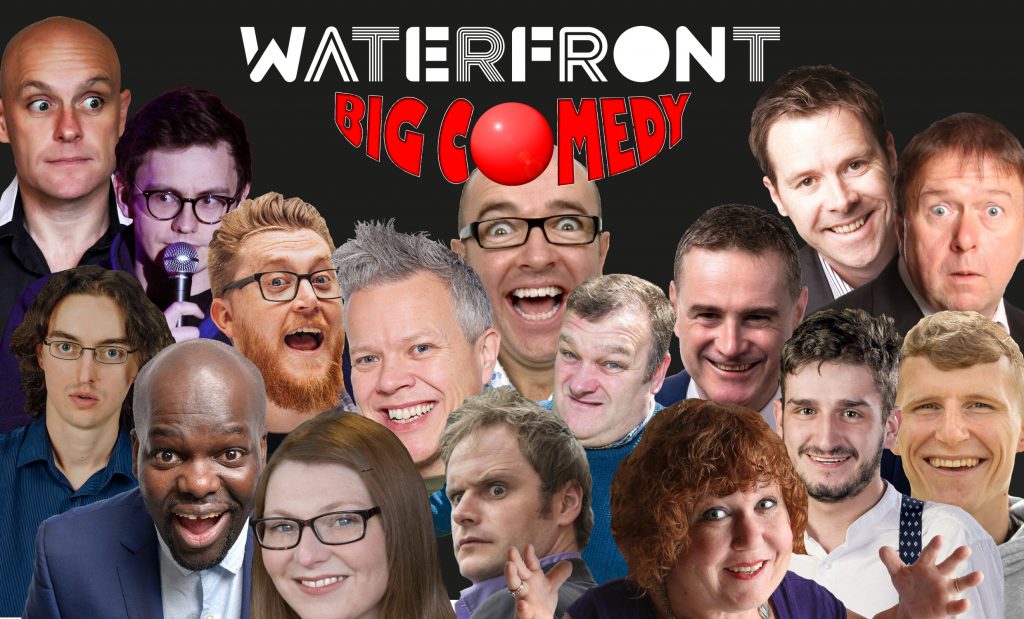 Big Comedy UK the people behind The Southport Comedy Festival have joined forces with Waterfront Southport to bring you a night of top-class comedy on the last Saturday of every month.

See four of the finest stand-ups from the international comedy circuit in one fantastic night of comedy for £15, or purchase a season ticket and see all three comedy shows for £30!

Advertised acts are subject to change without notice. Big Comedy will always seek to replace acts with a similar standard.